Gemma Collins, from reality TV show The Only Way is Essex, has quit I’m a celebrity claiming that “murderers are treated better than this.” But is she correct?

I’m celebrity has come under a lot of scrutiny lately. Springwatch presenter, Chris Packman has criticised the show, claiming it is partaking in animal cruelty. New South Wales local authorities have also expressed their concern over the treatment of animals in the show.

But the cruelty is not only towards animals but maybe towards humans too, with Gemma Collins claims of prisoners receiving three meals a day compared to campmates rations of rice and beans once a day. So I decided to delve further into her claim. Looking at the Government website it states that prisoners are entitled to some basic rights.

Prison vs Jungle – which is worse?

Punishment:
Prisoners are punished if they break they rules. They can be kept in their cell for up to 21 days and also have 42 days added onto their sentence.

I’m a celebrity has started this series by punishing some of the campmates on entering the jungle. A group of campmates have been put in a prison cell constructed in the jungle. But it’s unlikely they will be kept in it for the full 21 days the show runs for.

Privileges:
Inmates can earn privileges for good behaviour, such as extra visit allowance from family and friends, money to spend each week and a TV in their cell.

Campmates in I’m a celebrity can also earn privileges, such as extra meals, through bush-tucker trials. Usually involving eating creepy-crawlies or a mental/physical challenge involving snakes, spiders or insects.

Meals:
Gemma Collins appears to be right about the three meals a day and not only that. According to the Ministry of Justice prisoner’s dietary requirements and preferences are also taken into account.

Celebrities are currently given only one ration of rice and beans a day, this seems a little unfair in comparison. But they do have chances to win more meals through the bush tucker trials.

Outdoor exposure:
Although prisoners do have kitchen, washroom and exercise facilities available, they only get 30 minutes a day outdoors.

Campmates often complain about lack of facilities and sleeping outside in the elements. At least the campmates get to see a lot of sunlight.

Looking at it all, it seems pretty even in the treatment. But a few facts are important to remember. Campmates chose to be a part of the show, they can leave at any time, they are doing it to raise money for a chosen charity and they get compensated for their time out of the limelight and loss of earnings.

So all in all, it doesn’t seem as though they have it that bad. 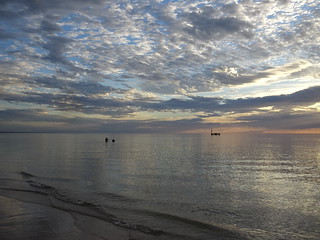