Drone deliveries and self-driving taxi’s are set to be accomplished by 2020 according to Nick Sohnemann, from FutureCandy. But what does this mean for postmen and taxi drivers’ jobs?

The technology operates through using smart glasses. You can order a taxi with the wink of an eye or shop online and your parcel will be delivered by drone. 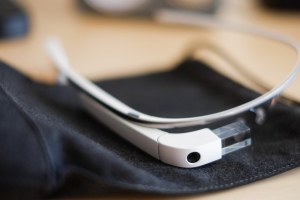 The taxi’s will be driverless and take payment automatically by face recognition. Also with robot taxi, bus and truck drivers the number of road traffic collisions caused by human error would decrease.

Delivery drones are currently being implemented at Amazon, and they have recently advertised a job post for flight operations engineer. The role will involve planning test flights and operating flights.

Worries have arisen regarding delivery and driver jobs, with many concerned that people will become displaced and out of work. Sohnemann has rebuked these concerns saying “There will be new jobs. Facebook has created a hundred thousand jobs for social media industry in Germany.’’

Vivek Wadhwa, Stanford University, suggests that the Government won’t be able to create enough jobs for everyone. “The only solution that I see is a shrinking work week. We may perhaps be working for 10 to 20 hours a week … with the prices of necessities and … luxury goods dropping exponentially, we may not need the entire population to be working.”

Wadhwa continues, “There is surely a possibility for social unrest because of this; but we could also create the utopian future we have long dreamed of, with a large part of humanity focused on creativity and enlightenment.”

Robots have already begun to replace manufacturing workers as they can do the same job more efficiently, with more predictability and less maintenance. Robots are predicted to also take over the roles of farmers, pharmacists and doctors. Artificial-intelligence physicians would be able to prescribe medications more accurately, as apposed to the one-size-fits all method used today.

Change is predicted but no one knows for certain what to expect with the future of technology and it’s impact on jobs.