Sporcacciona Fashion House promised to deliver a night of contemporary art and fashion on Thursday evening. Although there was a turnout for the event, the numbers were dismal. It didn’t quite deliver the decadent night it proclaimed.

Arriving at the venue, it seemed like apartment buildings set on a beautiful square. There was no indication that this was the venue until entering and being directed by someone inside. It all felt very secretive.

Walking up the stairs and entering a grandiose room with high ceilings and large decorative mirrors. Chairs were lined up in two adjacent rows, with a gangway in the middle, which was the catwalk. Welcome champagne was handed out to guests as they arrived.

The catwalk show had promise and the outfits and accessories had been carefully chosen. Other than that there really was nothing else to say about the outfits.

The catwalk models overdramatised their poses and made the show feel cheesy. The poses were of a strange choice, with the girls holding their hands up and trying a little too hard to imitate professional catwalk models without the deliverance. One girl threw her hands up at the audience in an aggressive manner, which drew a few smirks and sniggers.

The artwork on display wasn’t as expected and appeared to be created on a computer. It felt less personalised and a little lazy. It was made with little care. Some of the text had been cut off at the corners where it had been cut and pasted onto the background.

The show was rounded off with a musical performance. Technical problems meant that no mic could be used. The singer standing on the stage with his guitar seemed nervous and a little uncomfortable before starting. 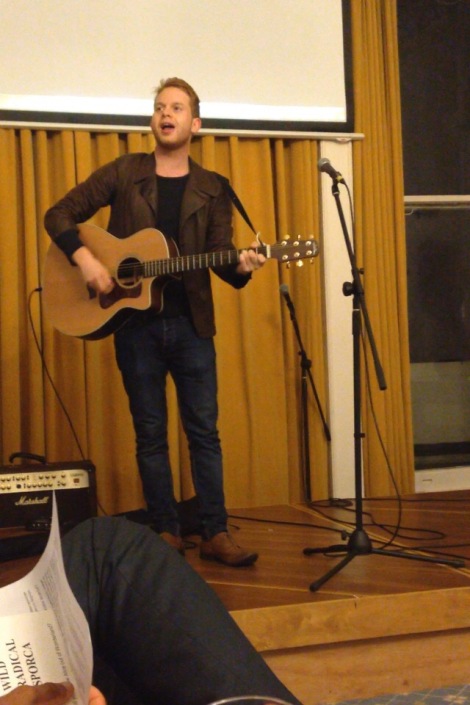 Expectations were not high, but when the young man began to sing the room fell in awe. The whole room went quiet and couldn’t remove their eyes from him.

The singer quickly got into his comfort zone once singing and captivated the audience. When he sang some upbeat tunes, the audience eagerly joined in and sang along. The best had definitely been saved for last.

The event as a whole felt rushed and unprofessional. As this was a debut show, a decadent night should not be promised unless delivery is a guarantee. The singer was the saving feature of the whole night and stole the show.