Paul Majendie, a foreign correspondent who has worked all over the world, gave some insightful advice today.

He said “it’s important to write about the ignorance” because this is where many of the ‘hidden’ stories that need bringing to light lie. He also advised us young, up-and-coming journalists “don’t come here unless you’re sucking it all up”.

He tasked our class with producing a lead-all on the latest Ebola reports. A lead-all is a one stop shop which has all the latest developments of a story.

So we split off into smaller groups to produce separate lead-alls. We needed to source what todays top story regarding Ebola was and the angle we were going to cover.

We chose the US ambassador of the United Nations criticising the lack of international support for Ebola victims and affected areas.

Then we needed to gather information, sources and statistics to verify whether or not this was true. So we decided to do a google search for as many facts and figures as we could find and compile these into a report.

From this report we were be able to determine the accuracy of the critique the US Ambassador was presenting. But most importantly, it would show a well covered report, that contained figures, facts, quotes and charts that can easily be digested by the reader. 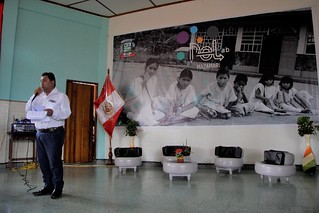