Recently I went on a trip to the Old Bailey. For those who don’t know what the Old Bailey is, it is the central department for justice in the UK and handles high profile cases in criminal law. We met Guy Toyn, who is a highly experienced court reporter. He talked about some of the cases he has reported. He talked about some fascinating (and disturbing) crimes, that sounded like they were something straight out of a best selling crime thriller novel.

He also gave us a tour of the building, which it must be said, in its own right is pretty impressive. Not only has this building held some historic and illustrious cases but it holds a piece of history for the importance of the press’ role in generating publicity. Guy himself said “without public interest there really is no case.” When this building was constructed the press were given a great deal of consideration. The press were given individual rooms and were built with high windows as well as internal windows (the only ones in the whole building) to allow as much light in as possible for reporters to take notes.

It was only when the building was bombed by the IRA in 1973 that the press grew concerned for their safety and decided to move downstairs where they felt safer. It is a real shame that these rooms are no longer used by the press as they really show how important the press were considered in court cases.

After the tour we got to sit in some cases currently taking place. There were some pretty exciting and interesting ones and it was quite difficult to choose between them. It was exciting to have witnessed some of these cases and to be able to hear the details involved. Court reporting is an exciting prospect and I have to honest I never gave it much consideration before the visit, but after witnessing some cases I can see how enticing and exciting it could be as a career. Although I’m not sure whether I could do it I feel a lot of admiration for those who do. 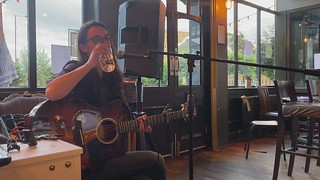